What does a vertebra have to do with nocturnal enuresis / incontinence? 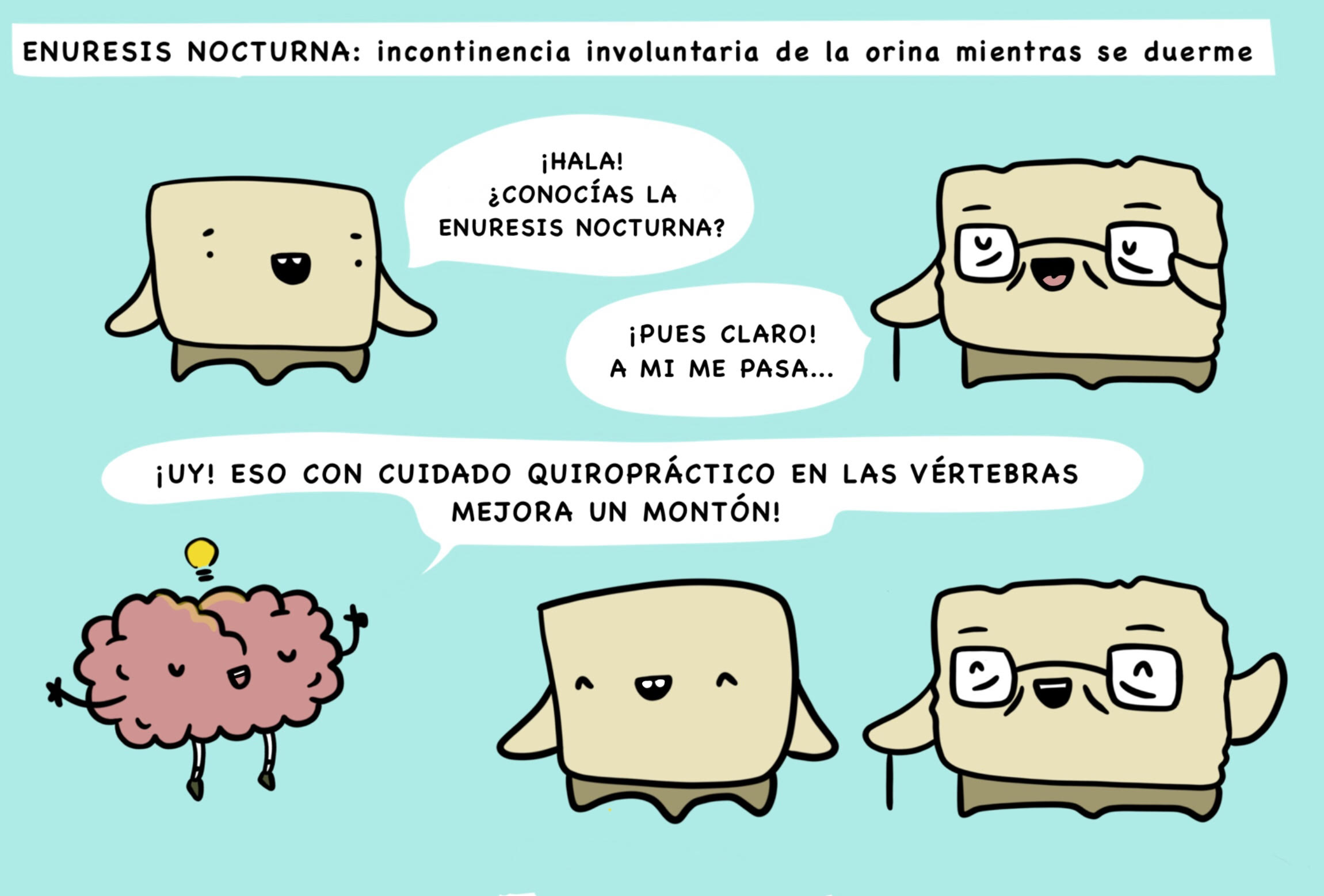 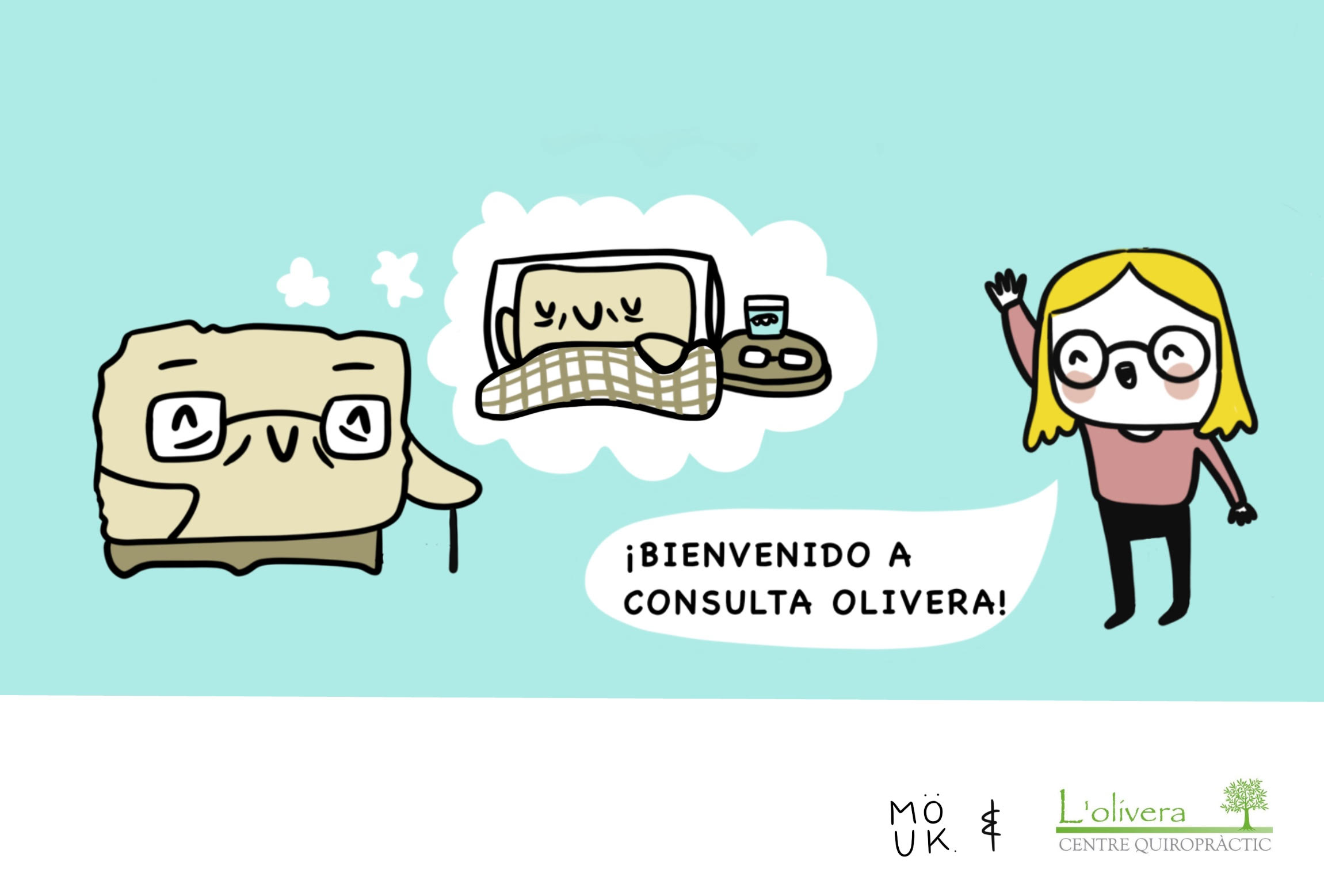 What does a vertebra have to do with nocturnal enuresis or incontinence?

There are several regions within the spine that provide nerve supply to the bladder and the sphincter muscle that allows it to open and close.

We could tell the case in a more technical way, as we do many times, but there are cases where a testimony says much more to everyone’s understanding.

Brenda Trudell, a doctor of chiropractic in the United States tells us the story of her patient Kelsey.

She started going to Brenda’s office when she was 7 years old. Her mother worked at the local hospital and a co-worker of her, who was already a patient of Dr. Brenda, recommended her to go to see a chiropractor because she had seen many children Dr. Brenda’s office.

Kelsey, on her first visit, looked sad, more than any 7-year-old girl should be. Her mother also had an expression of despair, as if she wanted to help her daughter more than anything but without knowing how. The reason for the visit was mainly due to headaches and nocturnal enuresis (peeing in bed). Both symptoms are unusual for a 7-year-old girl, so we began to investigate the complete history.

For headaches, since she was complaining of it due a long time, she was prescribed with Tylenol, daily, for the past two years. The relief, she said, was minimal, but that it was better than nothing.

As an average, she had those headaches 5 days per week.

Resting in a dark and quiet place was how best she felt when she would have those pains.

She also would pee on herself, several times at night, every day. It was no night without that happening, they counted. And so she had not gone to a friend’s house, or a close relative to sleep or to enjoy a sleepover.  And we want to mention this because sometimes we don’t realize how important a nuisance is until it prevents us from doing something in our ‘normal’ life.

In the history she also told us that she, sometimes, had bellyache, and irritable bowel syndrome,  and frequent constipation.

For this, Miralax had been prescribed every day for the last 4 months.

Kelsey weighed 30kg and in a year she had not gained any weight.

The delivery was vaginal with epidural, and her tonsils were removed when she was 4 years old  because she was sick all the time with chronic sinus infections. Her mother said that they repeated the use of eight different many times until then. She also had something likely as “asthma”  and some allergies, so she had, too, the inhaler for it to use when it was necessary.

All this, made her feel small and she had nightmares, on top.

Her mother eliminated sugar and dairy from her diet.

And her parents recently divorced.

During the first visit,

after the history taking, the chiropractic realized that Kelsey had subluxations in her occiput, C1, T5, T7, L2, L3 and coccyx.

Her cervical range of motion was restricted to one side, and she tilted her head to the left side when she extended her neck backwards.

Things that when you go to the doctor because your 7 year old daughter has headaches or enuresis, they don’t look at it. Because, what will have to do one thing with the other!

The chiropractor  understood why she was so sad. With 7 years, she had more aches and pains than an adult. The mother even said that she had been woken up several times at night to prevent bedwetting, to limit fluid intake since mid-afternoon, to set alarms for her to go to the bathroom, that they’ve tried the rewards system … but everything failed,  so she was feeling fatal. Poor girl! And it was clear that she was not doing it to get attention, although they had already ‘diagnosed’ her of it, too, at the beginning … Incredible.

Then, on the first visit, the chiropractor adjusted the upper cervical, and the third lumbar. already.

10 days later she returned to her second visit, and she had only had a couple of headaches. No stomach ache, and the frequency of bedwetting had decreased, from 5 to 7 times a night, to two or one.

On the third visit, No incident of pee during the last four nights! And she told it smiling, something they hadn’t seen until then.

She kept going to the chiropractor (in fact she’s still going) because they understood that it is a maintenance care the body. Some of the problems followed a pattern: when she stayed at her father’s house, the diet was different and because of this she had digestive discomforts that appeared one or two days later. And often, headache. But by removing the interferences of her nervous system (getting adjustments), she did not keep the nerves or the vertebrae that go to those organs so stagnant, and she could prevent worse problems.

Finally, her asthma and allergies disappeared, it become a simple sporadic signal when her immune system was slowly breaking down, it become an alarm.

You do not know the children we see with symptoms that parents, without knowing clearly, have said that “are normal” until that it worsen and the had to gp to the doctor for it. And then, they had been prescribed to take medication, even when they are yo young.

Medication without finding the cause, just to palliate the symptom!

That should be banned. It hurts us to know that and not be able to reach more people, seeing that when they begin getting her nervous system checked up and adjusted, oh my gosh… how much do they evolve.

After all, if you have any questions about this, a similar case, or want to ask for a visit, do not hesitate to write to us, we will be happy to answer you and meet you!

*Testimony given by Brenda Trudell, Doctor of Chiropractic in the United States, and collaborates with Pathways Magazine (the magazine done by the ICPA, the international chiropractic pediatric association), where she reported this same case.

Centre Quiropràctic L'Olivera
5.0
Based on 43 reviews 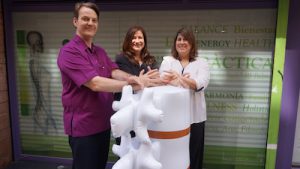