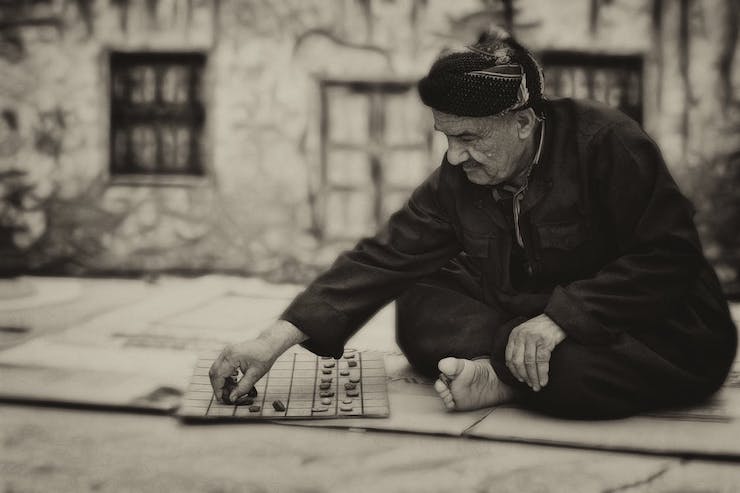 With statistics like today’s on Alzheimer’s, it’s not surprising that people want to do everything possible to reduce the likelihood of being part of them.

Alzheimer’s is just one of the causes of dementia.

However, it is also important to keep in mind that Alzheimer’s disease is only one of the possible causes of dementia. It is true that many people use the terms interchangeably. But Alzheimer’s is actually responsible for only 50 to 70 percent of cases of dementia.

Many times dementia has its beginning in facts that scientists are still trying to understand to be able to explain them to us. Like vaccines or many of the prescribed medications, especially with chronic patients or long-term drugs. (Read this article about the example of omeprazole).

In fact, the Alzheimer’s Association that publishes these statistics is subsidized by Great Pharmaceuticals (in Spanish “Big Pharma”’.) There are many theories that say that the medical team, in general, and pharmaceutical companies. In particular, especially large, act for sinister purposes and against the public good.

It is simply a business idea. They want people to believe that every patient with memory loss falls under the umbrella of Alzheimer’s. This way they can sell medicines that supposedly address it. But what is the real statistic of people who really do take them and people who do not take them?

Their research has led them to an approach that pays dividends: promoting and destigmatizing what many assume to be “mental illness.” Making them sound irreproachable but manageable with drugs.

Many people who work for the Alzheimer’s Association and similar organizations are obviously well-meaning people who want to help. But often, they are unaware of the connection to the Big Pharma concept. Or sometimes, it’s simply easier to not want to investigate and not know what’s really happening.

We ourselves have more control over dementia than we are led to believe.

It is not a coincidence that cases of dementia have increased during the same time that children and adults are being over-vaccinated (for example, the flu vaccine, does it ring any bell?). And after all this, the over-prescribing of medications that alter the brain, such as antidepressants, still prevails.

A help guide based on a report from Harvard University admits it. According to the report, “medications are the common culprits in mental deterioration.” Each time the medicine progresses more, it means more medicines, and at the same time, there are more mental illnesses. Is it really just a coincidence?

As the body ages, the effectiveness of your liver when it comes to metabolizing drugs decreases. And so, your kidneys do not eliminate them as fast as they did before.

This causes medications to accumulate in your body. Which means that those who take multiple medications are particularly susceptible to this effect.

It exist a list of medicines, published in the guide, for those drugs that cause symptoms similar to dementia. Like: antidepressants, anti-anxiety drugs or sedatives. Also corticosteroids, narcotics, antihistamines, cardiovascular drugs and anticonvulsants.

Turn a deaf ear to the medications we take:

It’s a very broad range of medications, and many older people take more than one drug in that category. Surely either you or someone close to you has taken or is taking this kind of drugs.

Many times we know, as now, that you did not know it…or maybe you already did. Sometimes we prefer not to know, because it is an easier life, to turn a deaf ear and continue with our routine.

A study published in JAMA Internal Medicine correlated the use of popular drugs such as Benadryl (antihistamine) and other anticholinergic drugs with the onset of dementia. According to the researchers, patients who took these medications for three years or more were 54% more likely to develop the disorder.

Vaccines are also responsible for causing symptoms that are mistaken for dementia. People of 40 years are diagnosed more and more with “dementia”. And experts believe that environmental factors can be responsible in these cases. Thimerosal (a preservative based on ethyl mercury) was widely used in childhood vaccines until 2001 and remains in some vaccines, such as influenza vaccines, to this day.

A study published in the Journal of Alzheimer’s Disease found that exposure to mercury could produce many of the changes seen in Alzheimer’s patients. Including impairment in cognitive function and memory, as well as confusion.

Researcher Richard Deth stated: “Mercury is clearly contributing to neurological problems, whose rate is increasing in parallel with the increase in mercury levels. It seems that the two are related. “

Another common ingredient found in vaccines is aluminum. And it has also been linked to dementia.

It’s a very smart way to keep the money machine they have running. If we understand the great pharmaceuticals concept:

Convincing people that they need vaccines or medications. And when those vaccines or drugs cause more side effects and diseases, to sell even more drugs to counteract them.

And the best or worst of this, depending on who looks at it, is that as a result of mental deterioration also appears tiredness, fatigue, and lack of energy. All this reduces the chances of people realizing, really, what may be happening to them. It is like that phrase of ‘better bad known than good to know’.

We encourage you to read brain.news to get more information about medical discoveries about the brain. Or come talk to us about these issues.